Stittsville businesses ready for Stage 3 and waiting for your support

Guide dog training has had to adapt during pandemic

(Here’s a press release from the Beechwood Cemetery Foundation and descendants of Captain William Brown Bradley, an early pioneer from this area who lived in Huntley Township, roughly between Stittsville and Carp.  Many of Captain Bradley’s descendants still live in the area, and the Bradley name is very well-known in our community.) 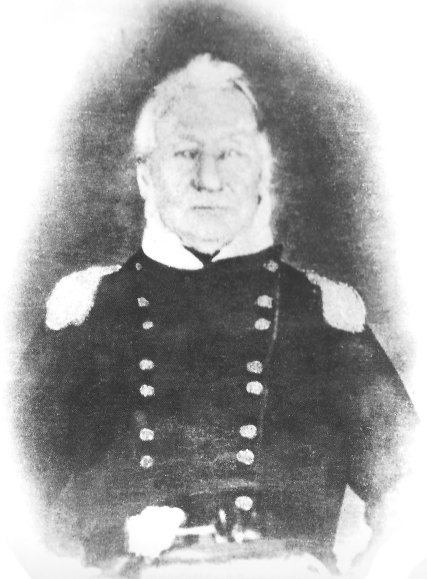 A granite marker identifying Ottawa pioneer Captain William Brown Bradley (c.1771-1850) as a veteran of the War of 1812 will be unveiled at Beechwood, the National Cemetery of Canada on Sunday, October 4, 2015 at 11:00am. There will be an hour long ceremony followed by a reception.

Historical re-enactors from Ottawa’s 100th Regiment Historical Society will march to the graveside, bearing a reproduction of the 104th’s regimental battle flag, on loan from the New Brunswick Museum.

Bradley, born in Georgia prior to the American Revolution, grew up in New Brunswick and at age 22 joined the military. He was a captain commanding a company of the 104th Regiment when the War of 1812 began, and took part in an unprecedented 52 day forced march on snowshoes from Fredericton to Quebec City. Following the war, Bradley settled in March Township, and was appointed a magistrate and with the rank of lieutenant colonel second in command of the Carleton militia in 1826.

The plaque being unveiled is courtesy of the War of 1812 Graveside Recognition Project, a volunteer initiative funded through the federal government’s 1812 Bicentennial Commission. The project is managed by the Historic Military Establishment of Upper Canada in Penetanguishene, Ontario. More information can be found at http://1812veterans.ca/.