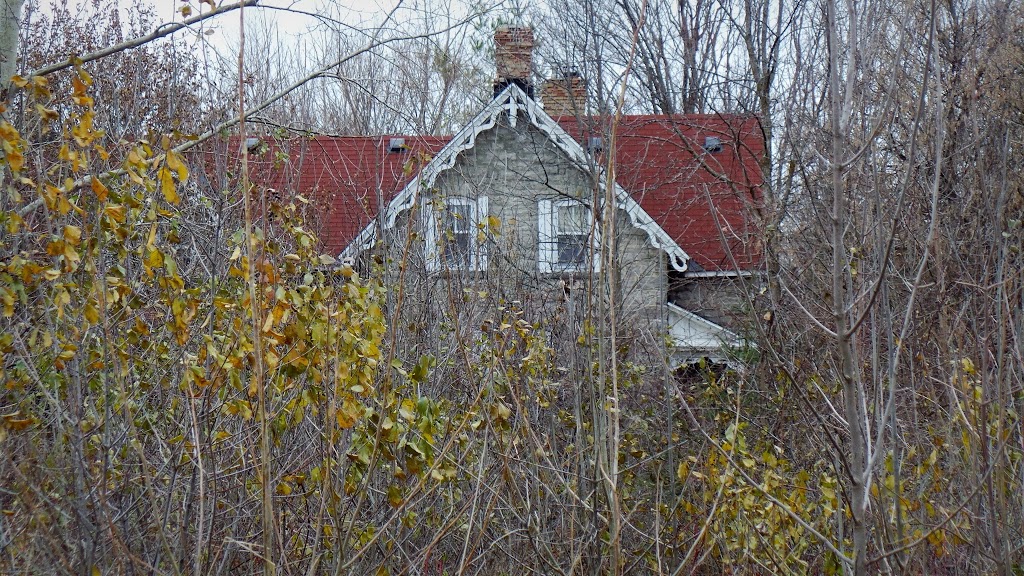 EDITOR’S NOTE: This series originally appeared a year ago on OttawaStart.com.  Over the next few weeks we’ll update and republish the research on this site. There’s currently a site plan proposal to redevelop the land at 173 Huntmar for townhomes, apartments, and commercial space.  The heritage home would be preserved. Photos and research by Glen Gower.

The old stone house pictured above is at 173 Huntmar Drive. It’s not even 500 meters from my house, located between Palladium and Maple Grove and just a stone’s throw from Canadian Tire Centre.  I drive by the property every day. I knew there was a house back there but had no idea what it was or that nobody lived there anymore.

In the fall of 2013, the property owner, Bob Karam, applied to demolish the home, but has since agreed to work with the City of Ottawa to preserve the building.  That’s a good thing. buildings like this one add a lot of character to our city.  And this one is full of great stories.

This morning I took the dog for a walk near the property.  I returned home with mud caked all over my old sneakers and some photos. Can you spot the house in this one?

It’s way back there behind the trees. You can’t see it during the spring or summer, only when the leaves have fallen. Let’s zoom in a bit… 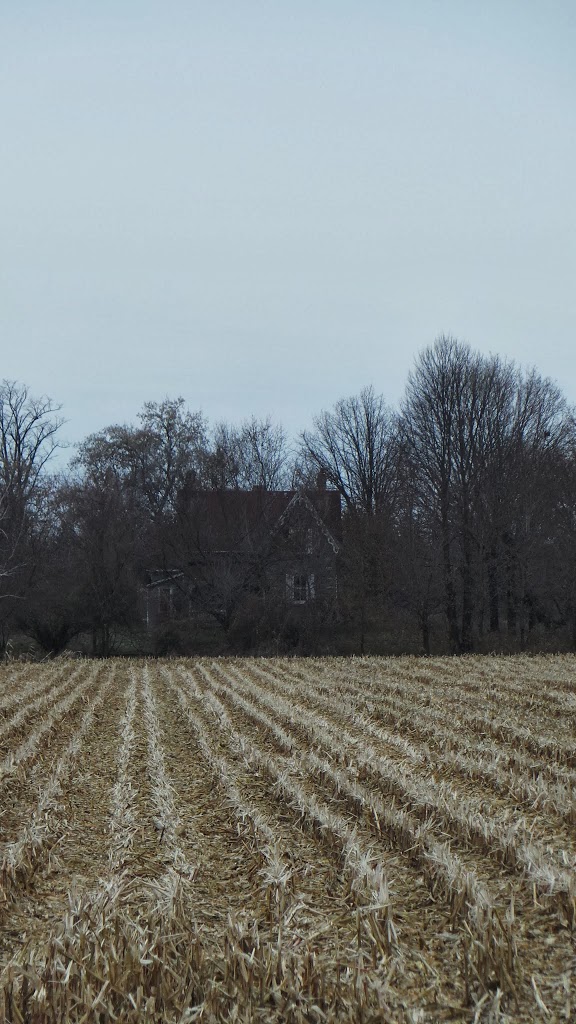 Access to the house is down a long path, about 100 meters, lined on both sides with tall trees, and marked by a rusty old mailbox. 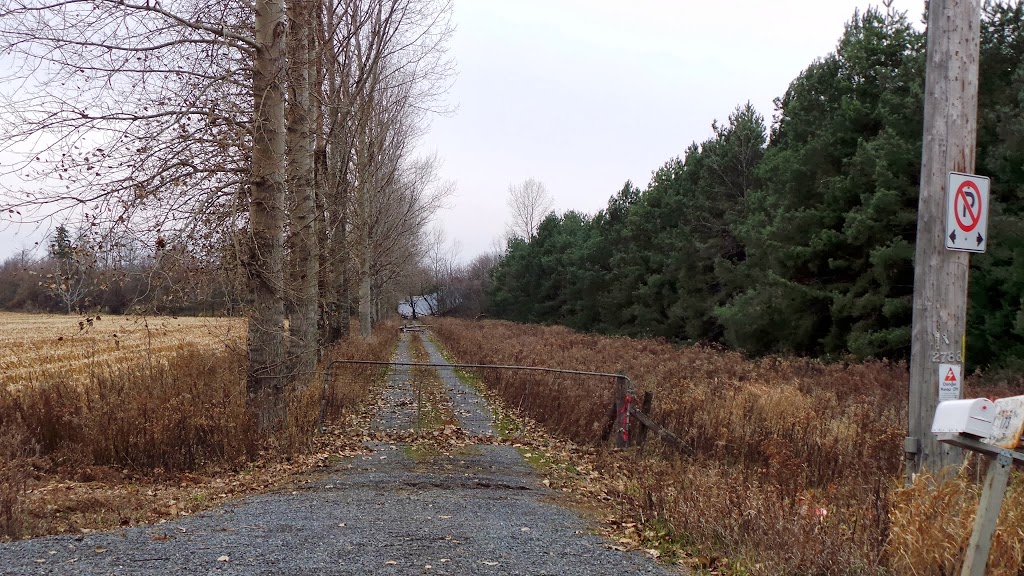 A fallen tree blocked the path, and at the end of the path you can see a collapsed barn. This barn was raised circa 1901, and was still standing as recently as early fall 2013. 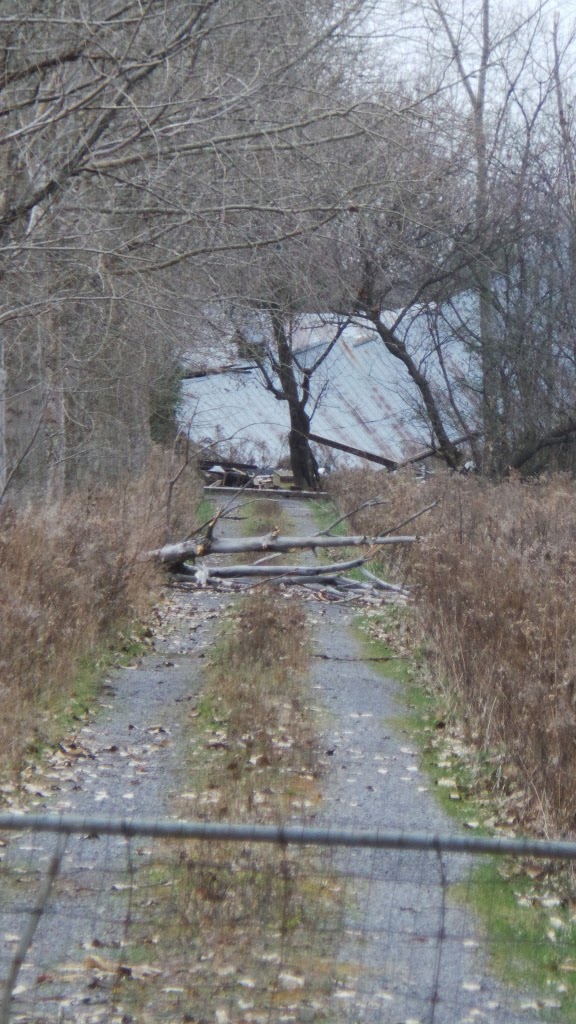 Here’s a view of the collapsed barn from the south side: 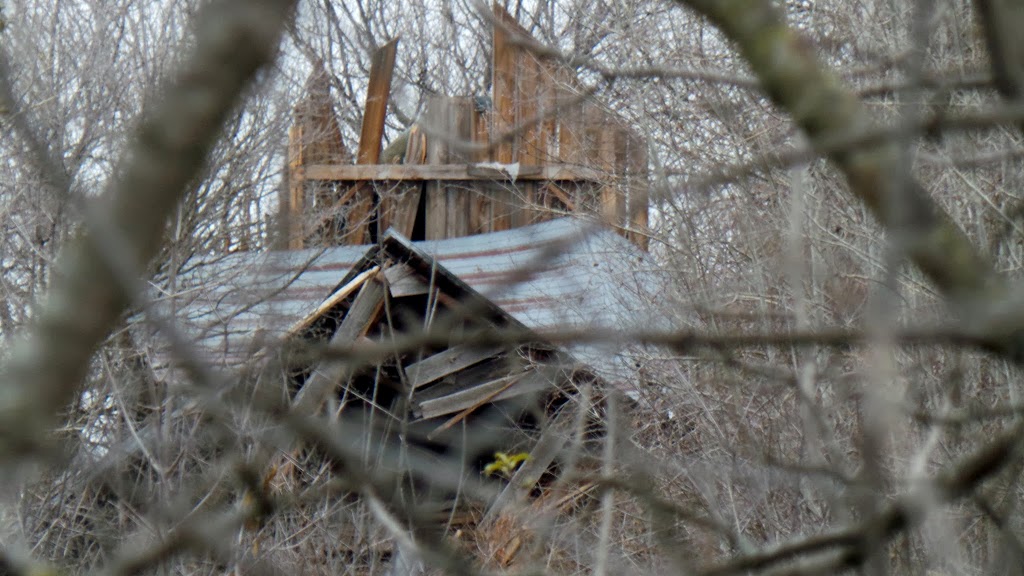 I didn’t actually walk on the property, just around the perimeter.  Bushes and trees have taken over. 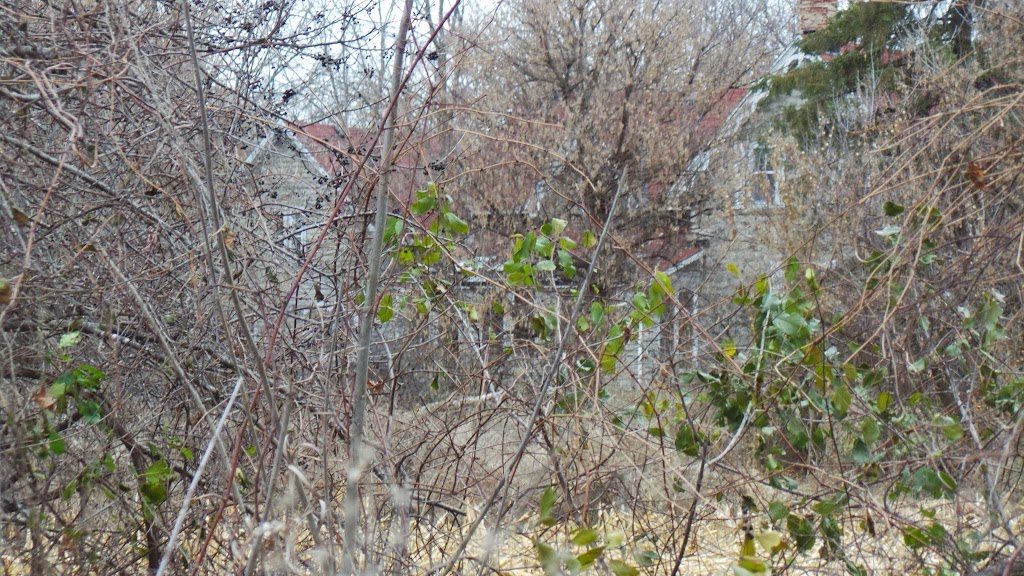 Here’s the view from the south, along a construction access path. Some day the path will become a major north-south arterial road connecting Palladium Drive to Fernbank Road.  Just to the south of this path, right behind where I was standing when I took this photo, is the community of Fairwinds. 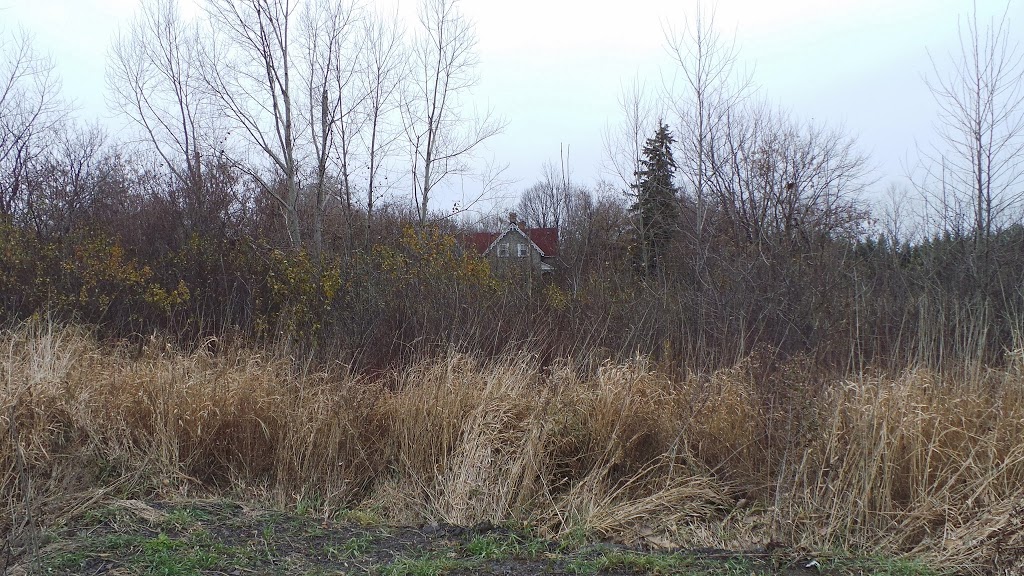 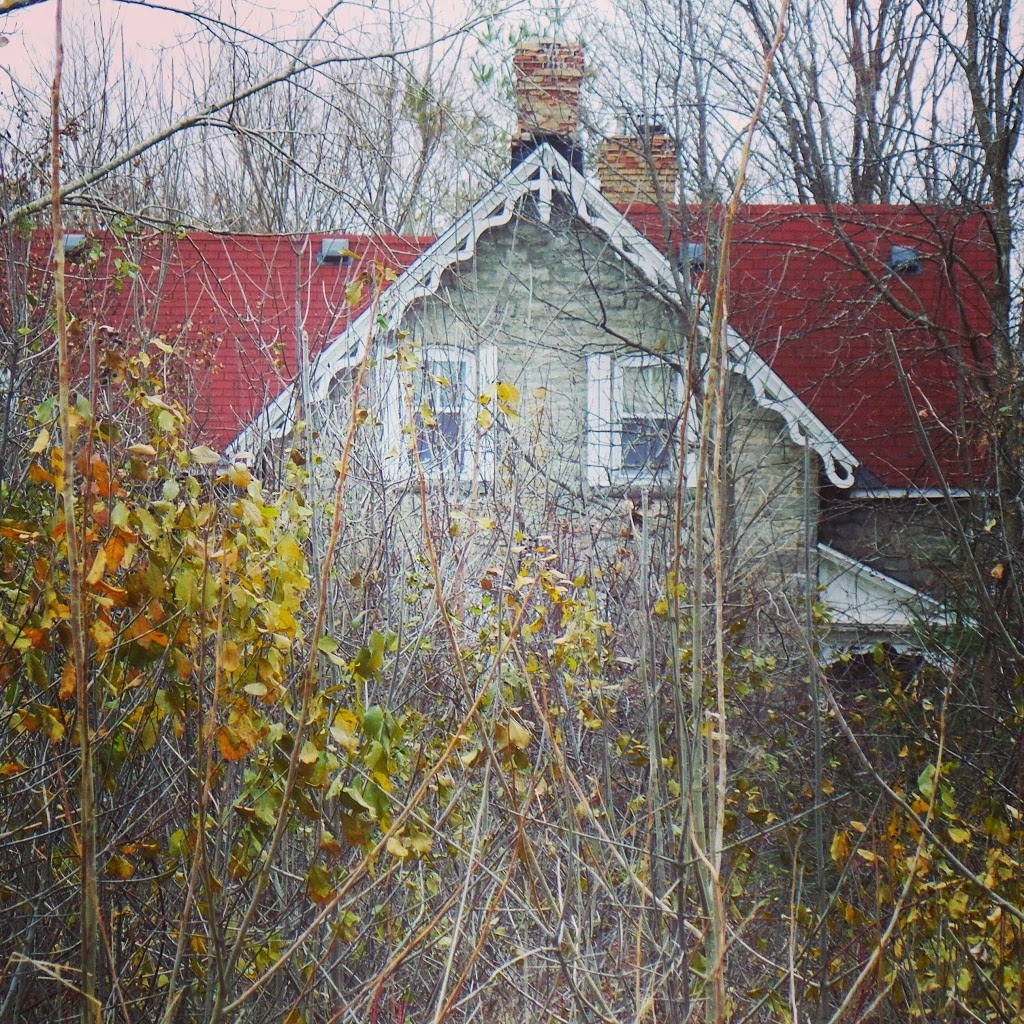 The house looks to be in pretty good shape from this vantage point. Is the trim along the roofline original? 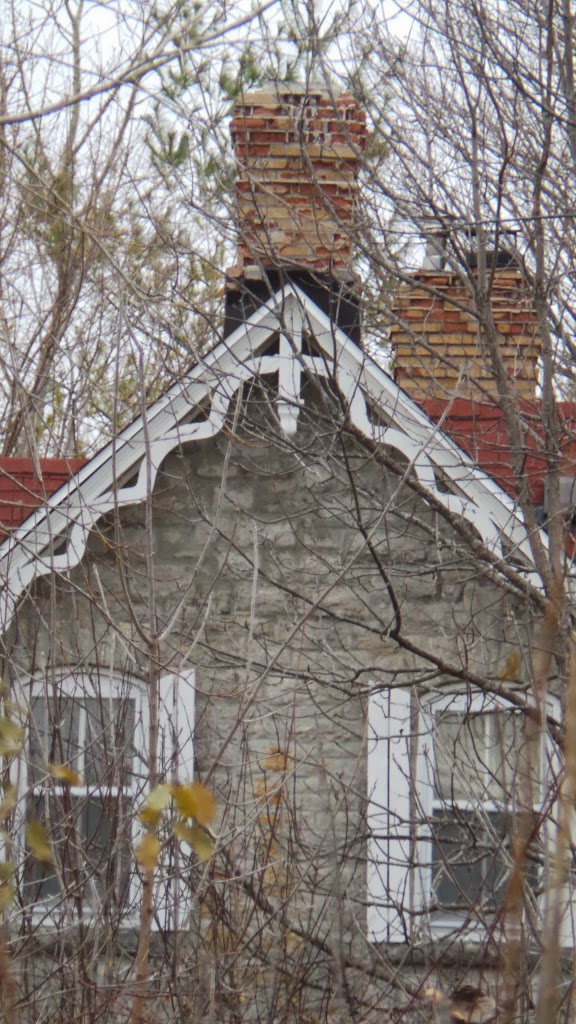 It’s hard to get an idea of how big the house is, but it’s big.  Here’s an aerial shot from Bing maps, probably taken around 2011. The original stone home is on the right, and an addition was made in the 1980s. 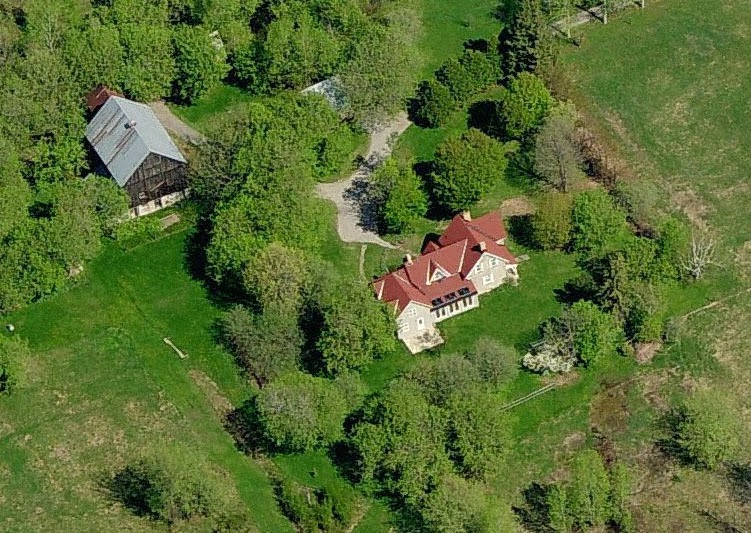 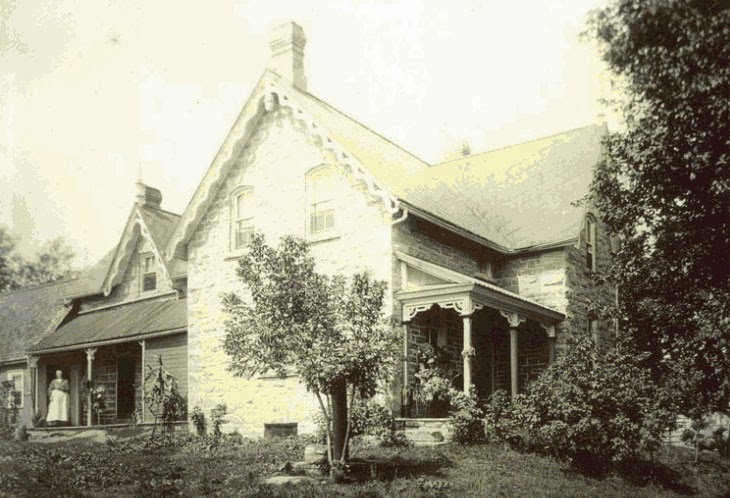 I wonder if that’s Jane Boyd standing on the front porch?  Jane (nee Bradley) and her husband James built the house in 1887 and raised seven children there.  We’ll learn more about them in Part 2.

NEXT IN THIS SERIES: Who were James and Jane Boyd?

Do you know anything about this house or the Boyd family who lived there?  Send us a note at feedback@stittsvillecentral.ca.

Sources used to research this story include: