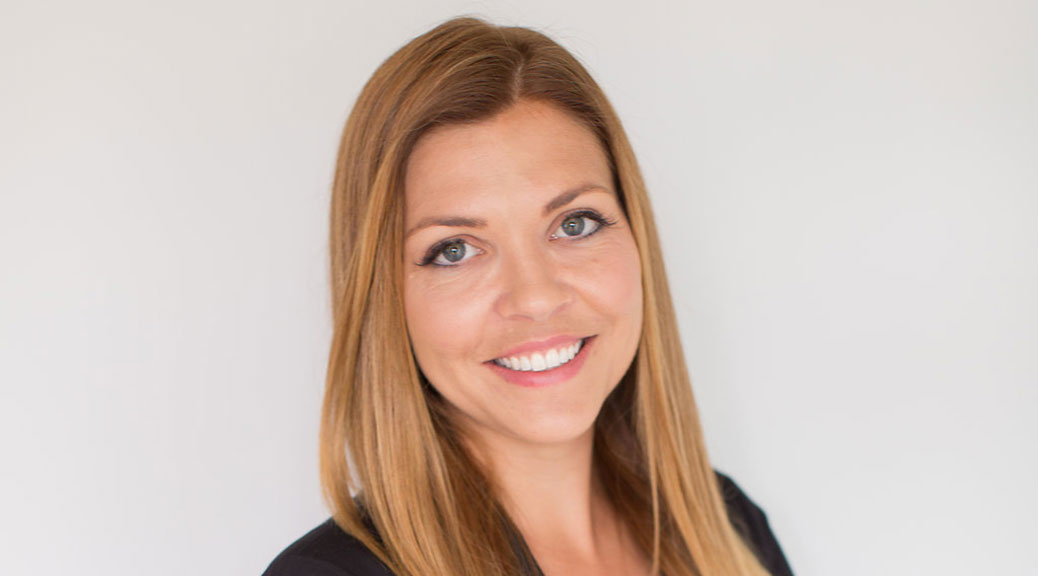 EDITOR’S NOTE: Over the next few days we’ll be publishing Q&A’s with each candidate in Carleton. We wanted to give our readers a bit of background about each person and what motivates them to run for office.  Today we feature the NDP candidate, Kc Larocque.

A reminder that the Stittsville Village Association is hosting an all-candidates debate on Monday, September 28 at Stittsville United Church. More info…

Do you live in the riding? What neighbourhood?

I currently live in the west end of Ottawa, outside the riding boundaries. I grew up in Constance Bay in West Carleton. My family still lives here and I spend time here every week working as the project manager for my father’s HVAC company.

Why are you running in this election?

I’m running in this election because I believe we can build a stronger more prosperous Canada.

I’m running because of my daughter – because her future is one I’ll fight for. I want a country she can be proud of when she grows up

I’m running because I’ve seen firsthand how families are working harder than ever and not getting ahead.

I’m running because I believe the time has come to give families more choices by implementing $15 a day care. I believe all Canadians deserve to be paid a fair wage and that’s why I support the call for a $15 minimum wage.

I’m running because I believe Stephen Harper has had his chance and after 10 years, it’s time for change.

I’m running because I believe Tom Mulcair has the leadership and experience to step into the Prime Minister’s chair on October 20th.

You’ve been out knocking on doors and meeting people in the community – what would you say are the top three issues with Stittsville voters?

Need for change – more and more I’m hearing on the doorstops that people want new leadership. Mr. Harper has had 10 years at the top and now it’s time for a fresh voice and a new plan. The question then becomes: who do you want in the Prime Minister’s chair when change happens? To me the only prudent answer is Tom Mulcair. Prime Minister is a complex job and one that requires a serious person with a serious resume filled with relevant life experience.

Jobs and the economy – Tom Mulcair’s balanced budget plan for Canada is exactly what the people of Stittsville and Canada need to get our finances back on track. As a small business person, I know the importance of balancing the books and Tom Mulcair does too. From cutting small business taxes to introducing a $15 minimum wage, the NDP plan is the right plan for Canada moving forward

Keeping taxes low – spending decisions by governments are all about choices and a Tom Mulcair government knows the value of a dollar earned. That’s why the NDP has promised to not raise income taxes and to lower the small business tax rate. Tom Mulcair’s balanced budget plan will make the tough choices and invest prudently in priorities that will push the economy forward in a way that works for all Canadians, not just the ones at the top.

If elected, what do you hope to accomplish during your term as MP for Carleton?

Implementing Tom Mulcair’s plan for our economy is job number one, but personally I’m very committed to seeing the NDP plans to create a million child care spaces capped at $15/day become a reality. I believe Canadian parents deserve choices when determining how they raise their families and the NDP child care plan does just that. By committing to maintain current childcare programs that are already in place, the new plan for creating one million $15/day spaces is all about providing families with more choices — choices that will allow Canadian families to raise their children how they know best.

Who is your political hero or role model? Why?

I started out as a volunteer and eventually ended working as a field organizer for the NDP. While doing this work, I had the privilege of working alongside Jack Layton who truly inspired me to believe that politics doesn’t have to be about the lowest common denominator. Jack is remembered for his call to be “loving, hopeful and optimistic” and I can honestly say that’s how he personally approached politics day in and day out. I also learned that keeping federal politics rooted locally is vitally important. That’s why when the chance to run in the area I grew up in came up, I jumped at the opportunity.

What’s the biggest challenge about campaigning in Carleton?

The obvious answer is geographic size. That being said, growing up and working in Constance Bay I’m very used to travelling short haul distances everyday for work. What I’ve found is that, despite the large geographic area, the issues that people want to talk about are the same. From Munster to Fairwinds to Amberwood Village, people are talking about the need for change at the top and the need for experienced leadership to get the Canadian economy back on track.

Just before you were nominated, you shared a quote from Ruth Ellen Brosseau, who had an unlikely win for the NDP in the 2011 election:“Sometimes, the only way for me to get a woman to run [for office] is to tell [her] that the seat is unwinnable.”What does that quote mean to you?

The quote actually comes from the NDP campaign director Anne McGrath. I like the quote because I think it speaks to one of the reasons why we don’t see more women put their name forward to run for office. I think there can be self-doubt about jumping in the electoral ring because we still see that only 25% of Members of Parliament are women. Making the participation of women in politics a priority can change this and is something that I’ve always respected about the NDP. One of my goals in running is that I want my daughter, and other young women, to have no doubt in their ability to have a strong voice in Parliament when the opportunity to run presents itself. Once again, the NDP is leading the way in terms of the percentage of women candidates who have won nominations in this election.

What else would you like to tell Stittsville voters?

Whether or not you’ve ever voted for the NDP in the past, I hope you give a careful reading to the plan that Tom Mulcair has put forward. Tom’s plan will keep taxes low for families and will balance the budget in year one. Stephen Harper has had 10 years in the top spot and it’s clear the country needs a change in leadership. Tom Mulcair has the experience and he’s ready.

On a personal level, I can promise you that as your MP I will work hard day in and day out, fighting for the people of Carleton. My first loyalty will always be to the people in the riding and my door will always be open for problems big and small.