Enjoy virtual concerts from the comfort of your home 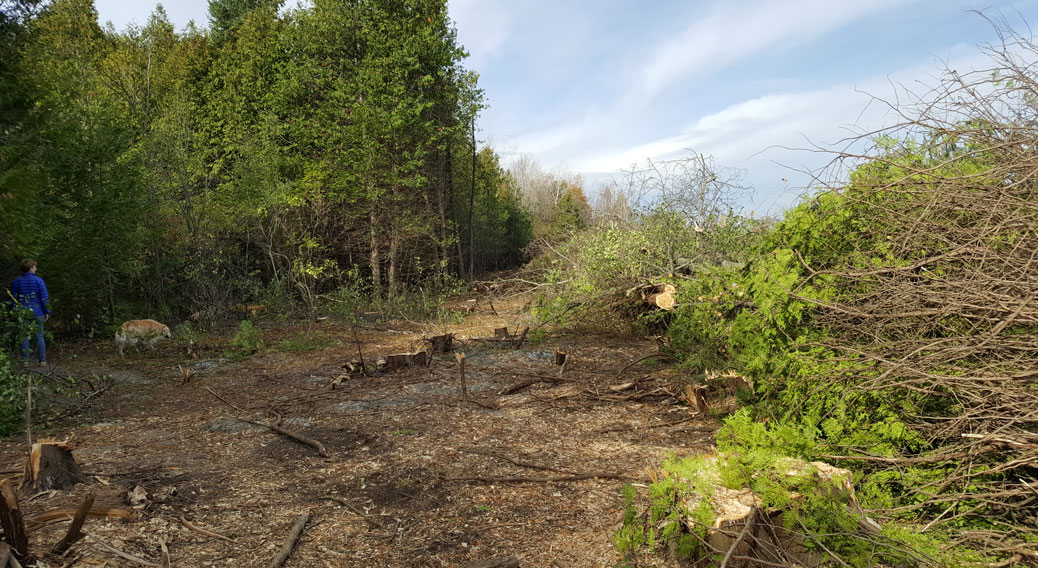 We knew it was inevitable but it was still a shock this weekend to see the trees already coming down along the edge of the Shea Woods.

A strip of cedar trees and brush along the east side of the forest has been cut down, and the field to the east is being cleared and is surrounded by construction fencing.

The land is owned by CRT Developments, (the CRT stands for  Claridge-Richcraft-Tamarack), and is known formally as 5786 Fernbank Road. It’s slated to become a housing development.  (Although the land is popular for dog walking, and is even referred to by public officials as an “unofficial dog park”,  it is private property.)

Last week, the City of Ottawa’s planning committee voted to approve a deal between the city and the developer that would protect about five hectares of the forest.  This is good news for the community and thank you to volunteers like Sabrina Kemp who’ve been pushing for this for a number of years.

I bet a lot of dog walkers will be surprised by the size of the natural area will be cut down — even with the five hectares that are being protected.

(If you’re interested in following the conservation efforts for Shea Woods, check out the Conserve the Shea Woods group on Facebook.)

The map above shows the location of the five-hectare area of forest to be protected in green, although the exact boundaries are yet to be determined. The yellow part on the map is roughly the area that’s now being cleared.  Most of that yellow area is field but there are a few clumps of trees and a large apple orchard. The hydro corridor and some of the surrounding land to the north west of the protected forest will be landscaped as sports fields and play areas.   (I created this map based on information provided by the City of Ottawa this week, published development documents, and observations from yesterday’s walk.)

Pretty much everything else will most likely be developed, including the “treat tree”. There is a grove of sugar maples to the east that will be kept as part of a community park.

Like many in the community, our family and our dogs have enjoyed walks in the cedar forest, the old apple orchard and the open field for a number of years now.  I’m happy that part of the forest will be saved, but it’s still sad to see the rest lost to a housing development.

Feeling somewhat heart broken. Beloved field has changed in just over a few weeks. Before and after developers move in. #stittsville pic.twitter.com/yspCl9oLuz 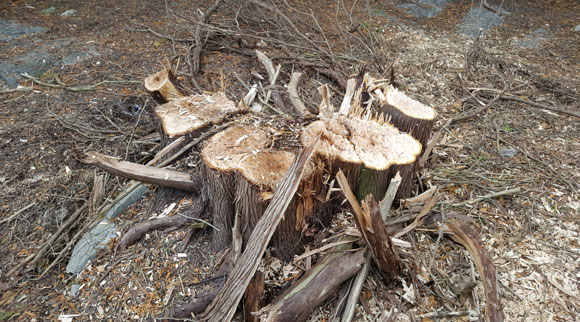 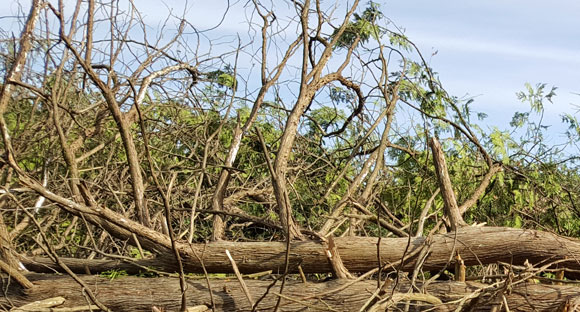 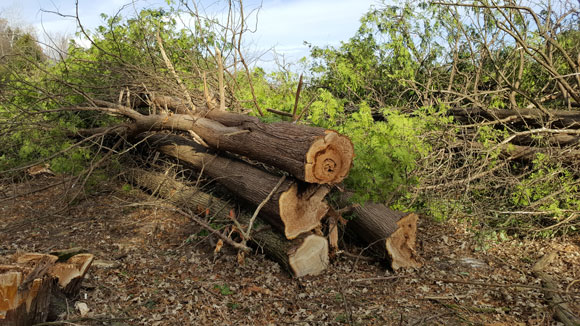