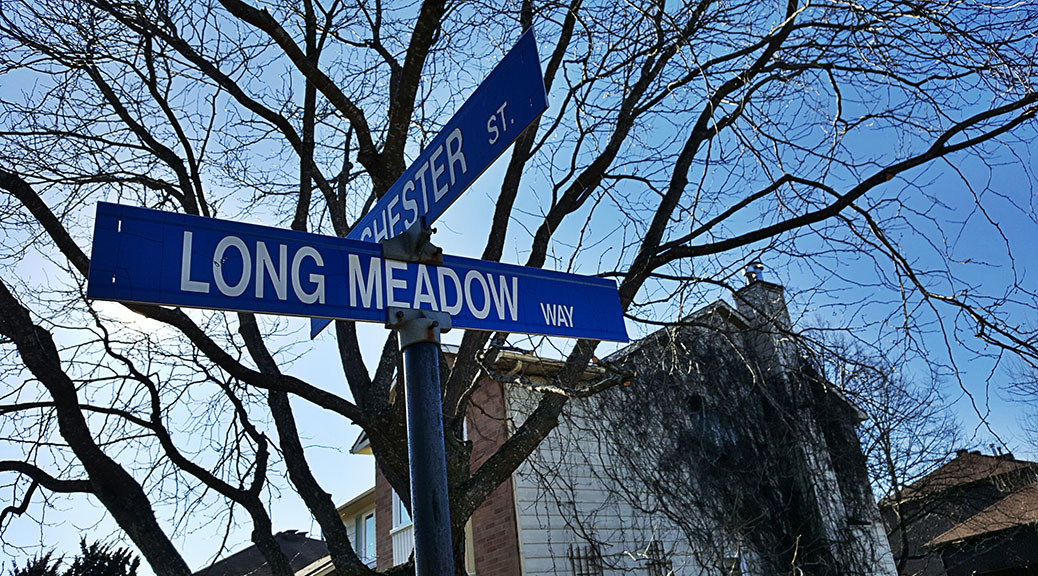 A petition signed by residents of Long Meadow Way calls the city’s decision to rename their street unnecessary and a “make work” project.

Long Meadow Way is a tiny street with 17 homes off of Manchester, just west of Stittsville Main. Thirty people signed a petition that will be presented to City Council on Wednesday.

In January, the city announced six streets in Stittsville are up for renaming, including Long Meadow Way, because of its similarity to Lone Meadow Trail in Amberwood. The city periodically renames similar sounding streets so emergency responders aren’t confused.

They use a number of criteria to decide which street names to change. In this case, Long Meadow Way was named first, but there are more houses on Lone Meadow Trail.

StittsvilleCentral.ca spoke to several residents who were behind the petition,  but they asked not to have their names published. One resident complained that the city did not do enough to inform residents about the name change, and that Councillor Shad Qadri should have called a public meeting.

At least one resident disagrees with the petition. John Smith laughed at the idea that the two street names are not alike.

“They should talk to the pizza delivery,” he said. “And I think we’ve even had an ambulance that went to the wrong place.”

UPDATE: After we shared this story on Facebook, Lone Meadow Trail resident Jodi Bowditch shared this note:
“Interesting. We would have to disagree. We have lived on Lone Meadow Trail for over 15 years now and we have had pizzas, mattresses, Purolator and UPS deliveries and our lawn was sprayed for grubs – all intended for the matching address on Long Meadow Way.”

Qadri says safety is his priority.

“For me, if it’s a safety concern identified by our [emergency services], then I as a councillor must pay attention to that.”

“It’s not that I needed to call a meeting… I did discuss the item with the individuals (who started the petition)… They came to see me at my downtown office,” he says.

Qadri said the petition will be considered like any public comment, but his concerns still rest with public safety.

Here’s a letter that one couple sent to City staff, councillors and the mayor about their concerns over the street name change.  We’ve removed the address of the letter writer at their request.

Kindly be informed that we are surprised and disappointed that this issue has surfaced once again.  This is causing much unrest and anxiety for us and we are in total disagreement with any attempts to change the name of our street.
We have lived at XX Long Meadow Way for over 30 years and have never encountered any confusion related to mistaken identity with Lone Meadow Trail.   Long Meadow Way is clearly a different name from Lone Meadow Trail.  The names do not sound alike nor are they similar in written form.   As well, they have different postal codes.
The rationale that it is necessary to change the name of our street due to emergencies is a false assumption and erroneous.   In this day and age, all emergency vehicles use GPS and go by postal codes, which are totally different for these two streets.
The argument that problems may arise due to misinformation is also false.   You can not mitigate against human error.  There are many streets in Ottawa with names that are similar eg. Rideau Street and Rideau Road, Cedar Row/Cedar View/Cedar Hill, and several others containing the word Cedar, River Road/Riverside Drive, Shea Road, Stittsville/Shea Road, Richmond and many, many others too numerous to name.
Our street, Long Meadow Way was the first street named over 30 years ago.  Therefore, it is discriminatory for you to apply the name change to us on the simple rationale that we have fewer houses.  We have lived on Long Meadow Way for more than 30 years and the municipality saw no problem when it gave permission for Lone Meadow Trail to be named several years after our street was in existence.  The City of Ottawa must now respect that decision.  This issue has nothing to do with duplication due to amalgamation.
In the 30 years that we have lived at this address there has been no identity issue.  In fact, during that time our tax bills, hydro bills, and water bills from the City of Ottawa have been delivered without any confusion and on time.
We do not want nor need the disruption, cost and unrest caused by a street name change.  This issue is without logic, and an over reaction driven by political correctness.  This decision/action is being made without consultation.  It is condescending, disrespectful and insulting to everyone on our street and without regard to our desires and best interests.
The approach taken seems to be heavy handed, bureaucratic and without regard to the disruption caused to loyal tax paying, honest citizens.  We request that you cease all attempts to change the name of our street, Long Meadow Way, Stittsville, Ont.  K2S 0R9
SUPPORT LOCAL STITTSVILLE
SHARE THIS