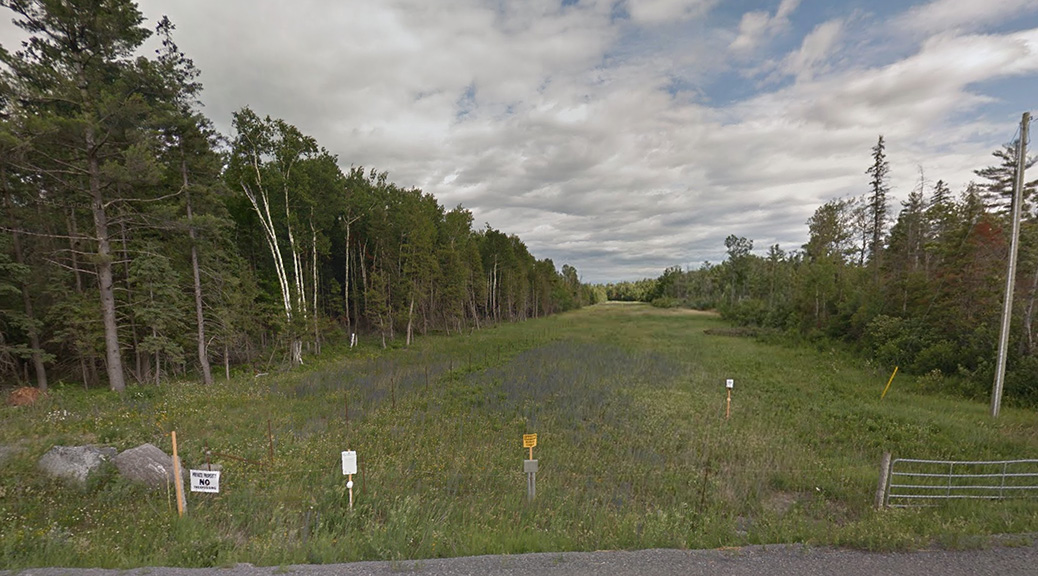 TransCanada announced today that it has cancelled plans for the Energy East pipeline. It would have would have carried 1.1-million barrels of crude oil each day across the country, including a stretch on the western boundary of Stittsville.  (The photo above shows the part of the pipeline route, looking south from Jinkinson Road.)

Here’s a press release from Ecology Ottawa, who have been campaigning against the project for several years:

Ecology Ottawa is celebrating TransCanada’s announcement earlier today that officially terminated the company’s proposed Energy East pipeline project. Energy East, which would ship 1.1 million barrels of diluted bitumen across Ottawa, posed a direct threat to the city’s water, land and climate. Since the pipeline project was announced in 2013, Ecology Ottawa has been working in communities across Ottawa to mobilize resistance to the pipeline.

“TransCanada will tell you it has abandoned Energy East because of technical reasons. They will cite the price of oil and the additional burden of new National Energy Board requirements as the reason for scuttling the project,” says Robb Barnes, Ecology Ottawa’s Acting Executive Director. “More important still is the fact that Energy East lost on political grounds. Like other communities along the pipeline route, Ottawans rejected this project because it threatened the health of their city and was completely incompatible with our community doing its fair share to fight climate change.”

Ecology Ottawa volunteers have been working for years to raise awareness and mobilize opposition to the proposed pipeline project. Since 2013, over 8,000 residents of the city signed a petition opposing Energy East. Volunteers have been knocking on thousands of doors in their communities, holding information sessions, engaging with their elected officials and staging rallies to demonstrate their opposition to the project.

“The end of Energy East is a moment to reflect on the real energy priorities of the 21st century,” says Anthony Garoufalis-Auger, Ecology Ottawa’s Clean Energy Organizer. “Instead of dirty pipeline projects that benefit massive transnational companies and produce few jobs, we can now renew our focus on the renewable energy transition, where the jobs are more plentiful, more local, and don’t threaten the environment. Ottawa can play a leadership role in this transition, but we need to see consistent leadership from our elected officials.”