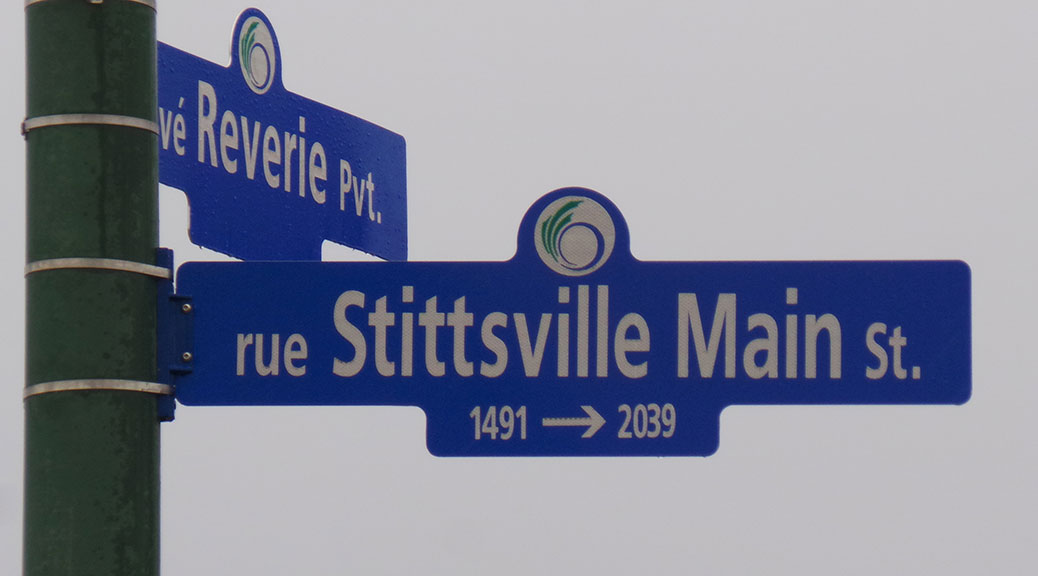 City staff will host a public meeting to provide an update on the Stittsville Main Street Community Design Plan (CDP) on Wednesday, May 20 at 7:30pm at the Goulbourn Recreation Complex.

In the works since 2012, the CDP would become the master plan to guide residential and commercial development on the street. The city released a draft of the CDP in May 2014, and the original timeline called for it to be presented to the city’s planning committee last fall.  Significant public feedback and community concerns on issues such as building height, density and traffic led planning staff to delay the process.

Since January, the city has held several consultation meetings with public stakeholders, and is expected to release and updated version of the plan online within the next two weeks.  That plan will be presented and discussed at the public meeting on May 20.

For more information about the meeting, contact project manager Mark Young from the city’s Planning and Growth Management Department at 613-580-2424, ext. 41396 or Mark.Young@ottawa.ca

We want to hear about your concerns and ideas for Stittsville Main Street. Add your comments below or email feedback@stittsvillecentral.ca