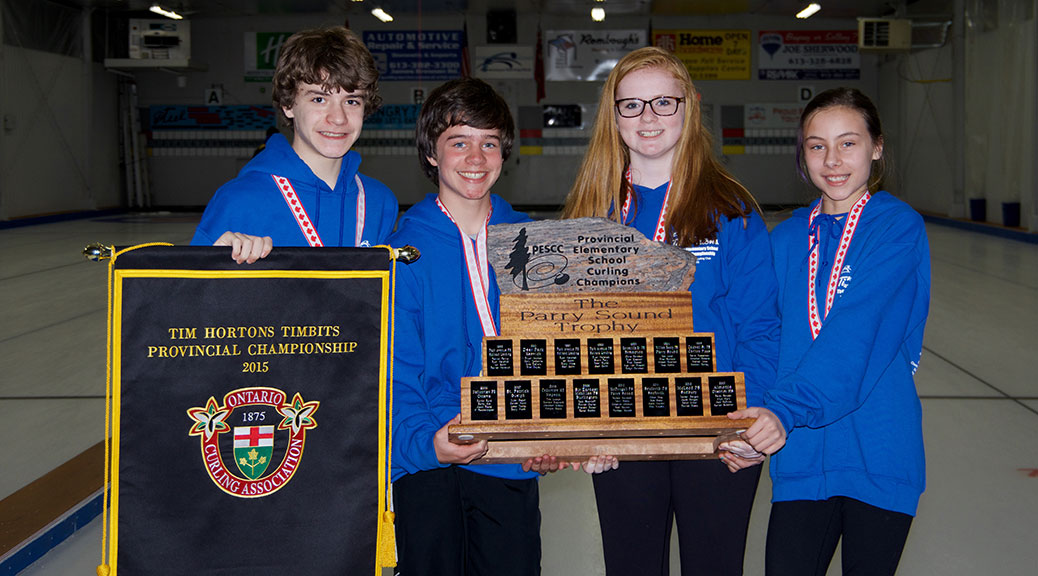 Curling popularity is taking off and Stittsville is now home to a provincial champion.

The 13-year-old was the Lead on a team representing Kars On The Rideau School that included Adrienne Belliveau (skip), Julia Brennan (vice) and Jordan McNamara (2nd).

The team went 6-0 and finished first out of 64 teams from throughout the province. The team is coached by Michelle Belliveau and Angela Houle.

“The team they beat in the final was another Kars on the Rideau team so it’s kudos to the talent level in the Ottawa area,” said Houle’s father Brian in an email to StittsvilleCentral.ca.