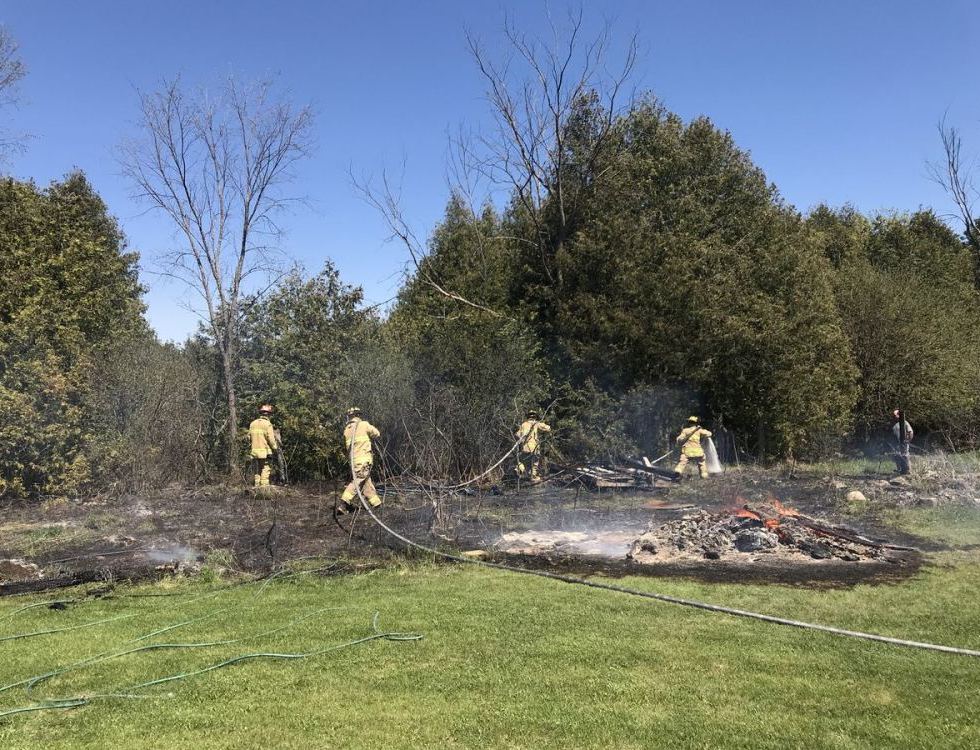 Photo: The aftermath of a recent grass fire, tweeted by fire sector chief Todd Horricks on Sunday. He did not specify the picture location.

Firefighters extinguished a grass fire about eight kilometres west of Stittsville on Sunday, which reportedly reached a size of 50 feet tall by 75 feet wide.

There were no injuries reported. A cause was not specified.

Todd Horricks, Ottawa Fire Services sector chief for the area, tweeted on Sunday that firefighters had responded to at least three grass fires in the area; one was on Roger Stevens Drive, another on Fallowfield Road and this fire on Old Almonte Road.

Although a burn ban was recently lifted, conditions remain dry. The last rainfall in Ottawa was on May 10, with two millimetres of precipitation.

In another tweet, Horricks advised burners to ensure they have a valid permit and to call before starting a fire.