(Ed Note: Councillor Gower originally published this article in his April 17th newsletter, but Stittsville Central felt it important that Stittsville residents realize the implications of the recent provincial budget cuts on the work of our municipal government and its boards.)

I had two board meetings this week: The Ottawa Board of Health on Monday evening, and the Mississippi Valley Conservation Authority (MVCA) board of directors on Wednesday afternoon.

Two boards, both grappling with uncertainty after last week’s provincial budget announcement. Both organizations could be facing significant changes to governance, jurisdiction, and funding. And they’re both grasping for information, without any further information from the province.

The Board of Health includes six city councillors and five public members (including health professionals, a former citizenship judge, the director of a homeless shelter). We meet about once each month and have oversight of Ottawa Public Health, the city’s health unit.

This should be a major cause for concern. Health units like Ottawa Public Health embody the old maxim “an ounce of prevention is worth a pound of cure”.  In the last 4 months, we’ve covered a wide range of health topics including:

It was a similar story at yesterday’s MVCA board meeting.  Our monthly meeting includes 17 representatives from the 11 municipalities in the Mississippi watershed, stretching from the Addington Highlands to Central Frontenac to the City of Ottawa. The MVCA is a very lean operation, with an operating budget of just under $4-million.  It is funded by the province and member municipalities.

Conservation authorities in Ontario learned last week that the province will cut $3.7 million of the annual $7.4-million transfer payment they receive from the Natural Hazard Management Grant, a reduction of 50%.

For MVCA, that’s a cut of just under $130,000 (about 3.3% of the total budget). They’ve been receiving this funding for 20 years, and the cut takes place immediately. Other provincial grants are also at risk that would provide funding for upgrades to flood management dams and infrastructure. Again, the budget cut comes with no warning and no consultation with conservation authorities across the province.

At the same meeting, we received an update on rising spring water levels and flow rates. Some lakes in the Mississippi watershed are already at historically high levels. With a forecast calling for over 40mm of rain this weekend there is potential for flooding as bad (or worse) than what we saw in 2017.

Part of our conservation authorities’ role is to monitor flooding and erosion in our rivers. Cutting their operating budget will increase the number of homeowners and communities affected by flooding and increase the cost of repairing damaged homes and infrastructure.

In this climate, how does it make any sense to be curtailing organizations who are focused on safeguarding water resources, and  protecting people and properties from flooding and extreme weather?

Both organizations are pushing back against the changes, combining efforts with other health and conservation groups in Ontario and asking their city councils to endorse the important work they do. They will continue to lobby the province to maintain their funding. And their staff will continue to work hard every day to help maintain safe and liveable communities.

In the meantime, we will have to stand together and support each other as the impact of cuts to public services are felt throughout our communities. Check on your neighbours, share your time and skills, be proactive, and get involved. We’ll all need to step in and bridge the gap. To be continued. 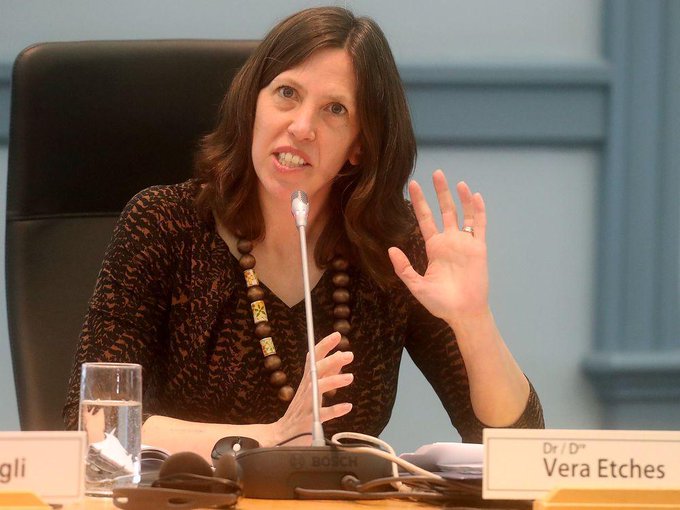 ‘We shouldn’t take it lying down’ — board wants clarity on public health cut https://ottawacitizen.com/news/local-news/we-shouldnt-take-it-lying-down-board-wants-clarity-on-public-health-cut?utm_term=Autofeed&utm_medium=Social&utm_source=Twitter#Echobox=1555383055 …

Conservation authorities in Windsor-Essex and Chatham-Kent have heard from the province that they will receive only 50 per cent of what they used to get for flood management programs.