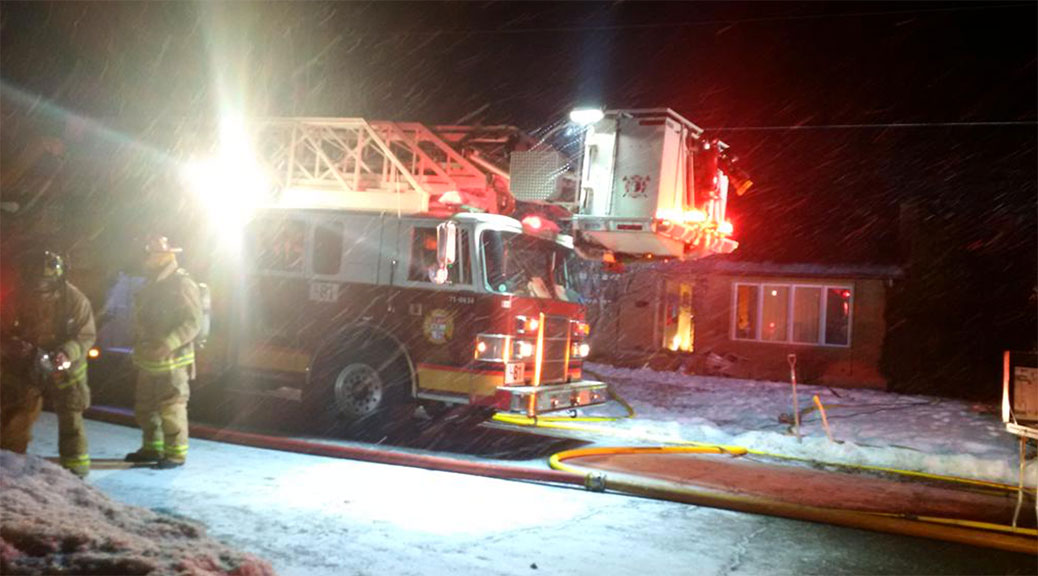 Todd Horricks from Ottawa Fire says that two occupants were displaced.  The fire was under control by 5:30am and a cat was rescued.

Police and firefighters are still on the scene this morning investigating as of 7:45am.