The Ottawa Police Service (OPS) has two new recruits and they would like to “give a warm belly rub welcoming the newest canines, Kika and Nero“, who joined the OPS in December.

Coming from eastern Europe, Kika, two years old, and Nero, one year, come from strong blood lines of dogs bred specifically for the type of police work they do. 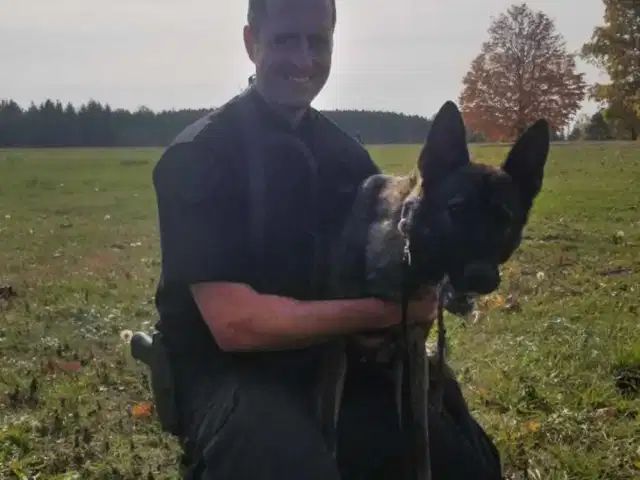 “Don’t feel bad for a working canine; their life is a giant game of hide and seek. In what other career do you get to play all… day… long?!” the OPS said in a news release.

The bond between the handler and the canine is strong and usually their partnership extends into the canine’s retirement from active duty.

Const. Richard has a retired canine living his best life at home, as well as a small Labrador used specifically to sniff out explosive devices. You may have seen them working at large-scale events like festivals, football games or concerts.

Dog lovers frequently like to pet dogs they see in public, but these dogs should not be approached for petting. “It’s important to remember that the canine is working and shouldn’t be interrupted,” said the police.

The same goes for trying to engage the handler in conversation. “Although they are friendly folks, they are working too, leading the dog in the task they need to complete.”

While the canines have undergone thorough training, the handler has to minimize disruptions that divert the canine’s attention away from their work.

At the end of a long day of tracking or patrolling, “all of our canines go home with their handler and get rewarded with lots of praise and their favourite toy”.