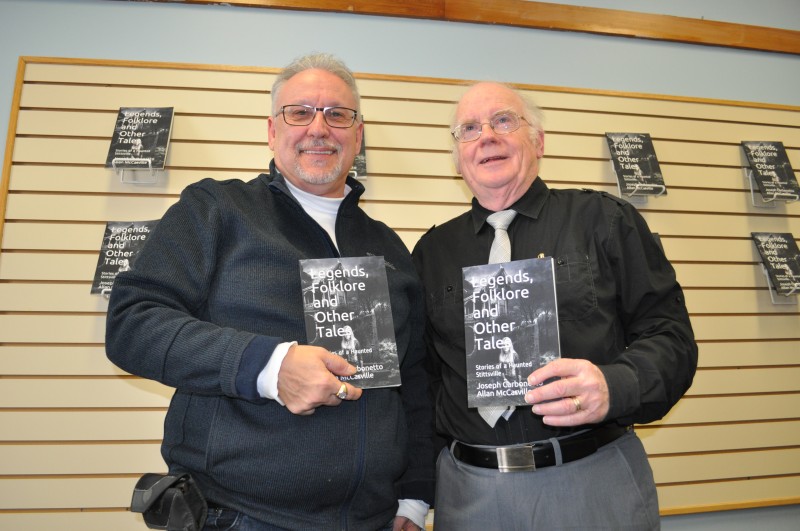 Those rumours you’ve heard of unexplained events from neighbours, or things you’ve encountered yourself that make no sense. The strange flickering of lights, the noises that seem absurd, or objects that have moved on their own — Joseph Carbonetto and Allan McCarville have brought to life a few of those spooky tales with their book; Legends, Folklore and Other Tales: Stories of a Haunted Stittsville.

Joseph and Allan presented their book at the Stittsville Library on Sunday and Wednesday with readings from the book, a Q&A session, and some time for autographs. The event was filled with the spooky tales from their books and how they came to write them. 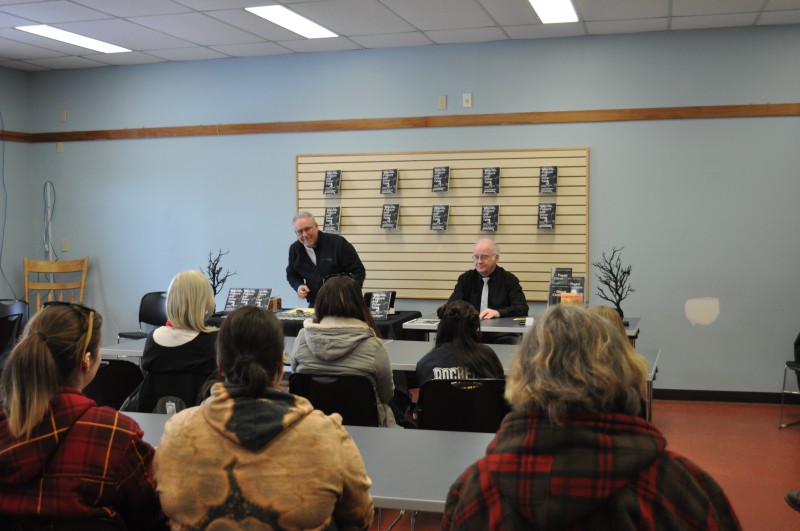 “I find anything with history interesting, so it was actually interesting to learn about little spots in the town, I guess. I enjoyed it thoroughly,” Christy explained about her take on the event.

Joseph described how he was enthralled into the Halloween life, from his childhood — wearing the “Weary Willie” clown mask for Halloween — to creating his famous Goulbourn Spook Show and The Manchester Hill Séance. And with the help of Allan — as a published author — they were able to write a script about some Stittsville legends that would start the beginning of Stittsville’s Haunted Heritage Tours.

The Grace Thompson meeting room at the Stittsville Library became the local haunt of Stittsville on Sunday afternoon. The newly released book, written and published by Joseph Carbonetto and Allan McCarville, was front and centre. The best of Stittsville’s haunted past was brought to life in this first anthology that is based on the inspirations and script used for the  Stittsville Haunted Heritage Tours. Joseph noted, “the script and screenplay were produced with help from Stittsville residents and the heritage association.” The tales are full of twists, turns and local lore that keep the reader turning pages.

Joseph gave an overview of how the book came to be with Allan sharing a reading from the book — The Guardian Spirit — to the enthusiastic audience. It was time for some questions. Mandy Hambly asked “How were the stories chosen for the book?” Joseph said that the stories are based on the Haunted Heritage Tour and from ghostlore he has heard from local residents. “Are ghosts connected to a person or to a property — do they move around if connected to a person?” was another question. Allan responded that ghosts seem to connect to people, but where they reside usually becomes known as a haunted house or building. With the questions over, the audience were able to spend time speaking to and getting photos with Joseph and Allan, along with autographs.

Wednesday night, Joseph and Allan were joined by several residents to listen to the readings of “Noises in the Woods” and “Coincidence? — The Story of the Alexander Hotel”, before having the Q&A session. 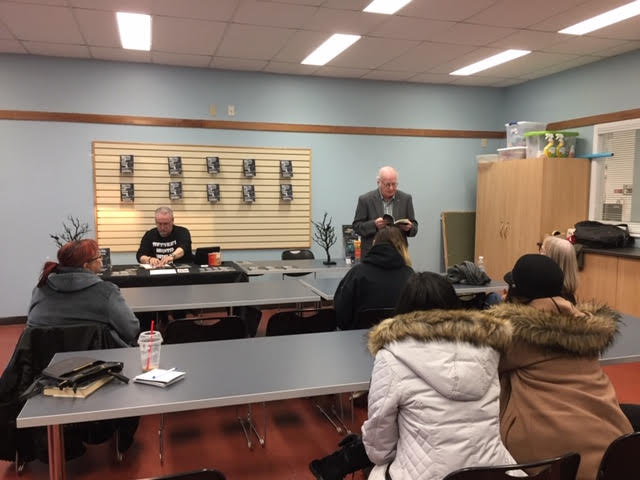 The residents learned so much about Joseph Carbonetto and Allan McCarville, in addition to their stories and the places that the stories are based on. They were also informed that the Stittsville Haunted Heritage Tours were to start by the end of September, and Joseph hoped to do the tours on more nights per week.

“I think [this was] very interesting because I really love horror stories and really like spooky ones … It makes me very amazed by how it’s near by and it’s real, and that people have experiences about it. … It’s very interesting and I would like to experience the tour one day,” Steffie, a new resident of Stittsville who went to the Wednesday night presentation, says.

So when fall comes around start looking for haunted tours, because they could be sold out just as quickly as the men disappeared in “Noises in the Wood”. 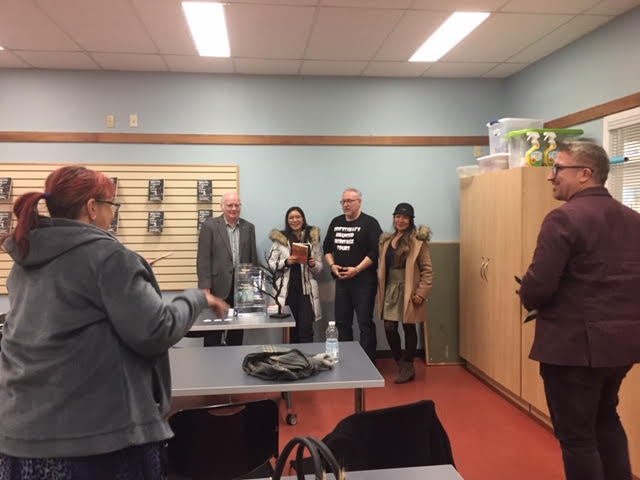