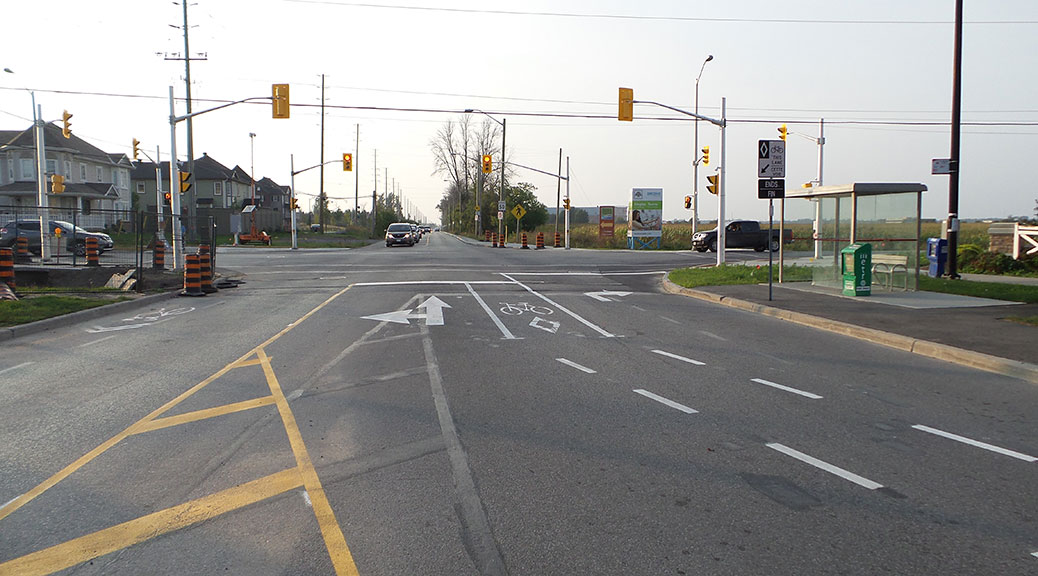 Working within the existing curb lines for the temporary signal, the alignment works better for northbound vehicles travelling through the intersection from the shared left/through lane.  Traffic staff have the same lane configurations at other intersections within the City of Ottawa.

The existing northbound lanes also helps to remove cyclists from the heavy right turning vehicles (cycling lane painted to the left of the right turn lane).

Specific turn and straight through arrows have now been painted on the roadway to help assist motorists traversing the intersection.  This should assist drivers.

I have also requested Traffic staff to continue to monitor this intersection for the next week to confirm if the intersection is working to its upmost efficiency.